There is an important principle which allows for any strike animation to be more believable and powerful. This principle was used to make strikes animation in the Shadow Fight game series. Let’s take a look at how it works on an example of several strikes taken directly from our animators guideline.

A bit of theory

The main contradiction of all strikes is:
The strike phase should be fast and sharp, BUT the trajectory of the center of mass should be always smooth, and the general angular momentum (general rotation) should also change smoothly. Because the center of mass is the most inertial point of the character.

The two main solutions are:

During the swing, the body and legs accelerate/rotate and accumulate energy. After that, the energy is transferred into the weapon or the attacking limb. The body and legs almost come to a stop BEFORE the fast phase of the strike begins.
We separate strike phases in time. The phases being:

Separation means that one phase follows another phase. They are NOT simultaneous.

Simultaneously with the strike, the body and legs move/rotate in the opposite direction and compensate for the sharp movement of the weapon or the attacking limb.

We do NOT separate these actions in time. They happen SIMULTANEOUSLY.

This principle is most frequently used when combining strikes with steps. Let’s illustrate it with some sword slashes examples.

Inward slash preceded by a step

While swinging, we take a big step forward to gain velocity and rotation speed. The body gets twisted now. After that, we untwist the body and nearly come to a stop to transfer the energy to the weapon and make a slash. This is separation.

Outward slash preceded by a step

Similar to the inward one. This is separation too.
In these two slashes, we take time to make a step, then we make a strong slash.

Inward slash followed by a step

While swinging, we take a small step forward. Then while making a slash we gain velocity and rotation speed. The body gets twisted. Once the weapon nearly comes to a stop, the energy is transferred into a step. This is separation as well.

Outward slash followed by a step

Similar to the inward one. This is separation. In these two slashes, we execute a strong slash, then we take time to make a step.

Inward slash without a step

We may make a small step while swinging, but we make a slash without any step. After that the body gets twisted.

Outward slash without a step

Similar to the inward one. In these two slashes, we neither use separation nor compensation, so they are neither strong nor fast. But the body gets twisted (which is important for combos).

Inward slash with a simultaneous step

If the body is twisted, we can make a slash with a simultaneous step with the opposite leg to compensate for the slash. The body gets twisted in the opposite direction. This is compensation.

Outward slash with a simultaneous step

Similar to the inward one. This is compensation.

These two slashes are fast, but not strong.

While swinging, we take a big step forward to gain velocity and rotation speed. Then we transfer the energy to the weapon and make a strong slash. After that, the energy is transferred into the spin and the step. This is separation.

We make a big step with a back spin to gain velocity and rotation speed. Once the spin is complete, we transfer the energy to the weapon and make a very strong slash. This is separation.

There is a major difference between these slashes:
This principle can be used to make various strikes: horizontal, diagonal and stabbing ones. It also works with punches and kicks. Further understanding of this principle will allow you to make various continuous combos.

Evgeny Dyabin is one of the two founders and technical director of Banzai Games. The Moscow-based game studio is known for popular action games such as the Shadow Fight series. In addition to game production, Evgeny also leads the development of the physics-based 3D character animation software Cascadeur, which is currently in late stage of Early Access, and is already used by over 90,000 animators.
The full version of Cascadeur is scheduled for release in 2022 and - just like the Early Access version - will be available free of charge to private users and indie developers at www.cascadeur.com.
Subscribe to Cascadeur blog
Thanks for joining! 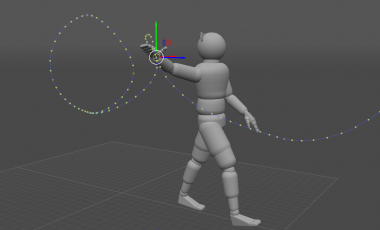 Cascadeur Early Access V3 introduces Animation Cycles and Secondary Motion
After nearly 5 months of intensive development, software developer Nekki is back with a major update to its character animation software Cascadeur. Released today, Early Access version #3 (codename: 2021.3EA) brings dozens of changes and improvements to previously introduced features. It also comes with two important new tools that have long been on the wish list of beta testers and early adopters. 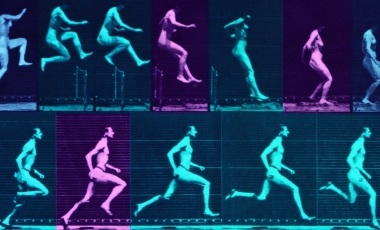 Insider tips: Four Books that Character Animators should know
Books on animation in general and character animation in particular are plentiful. Especially as a beginner, one is overwhelmed by the number of available works. We asked our experienced 3D character animators what secret book tips they have for ambitious animators. Books that are not dedicated to a specific tool or a particular task, but books that in their opinion belong to the background knowledge of a successful animator. The result is the following four recommendations for you! 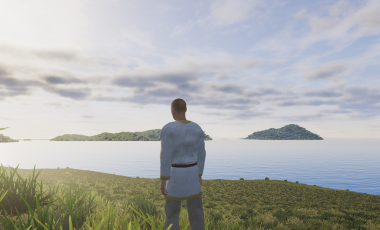 Interview: Project Destiny (WIP Indie Game)
Today’s post continues our Indie Interview series and introduces you to the Spanish game creator Jesús and his game "Project Destiny". Jesús has been an active member of our Discord community for quite some time, and regularly posts samples from Project Destiny there, under his nickname "Mist Realms". Since we really like his showcased character animations, and the open-world RPG concept of his game looks also very promising, we asked him for this interview.
Load more
We use the data collected by the cookies to offer users the best possible experience