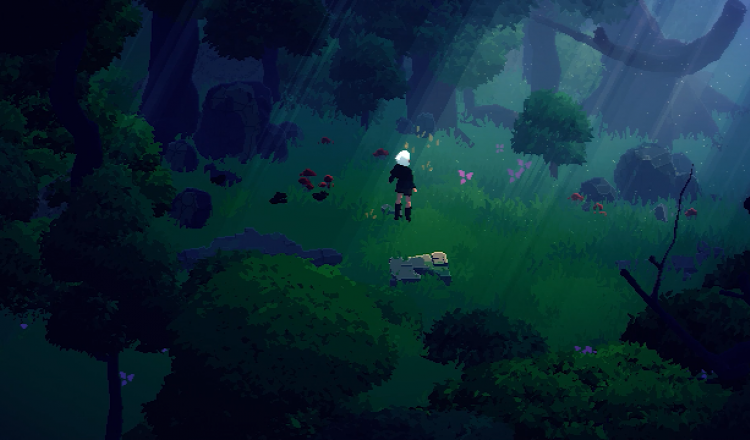 Recently, an impressive how-to video appeared on YouTube, in which indie game developer t3ssel8r demonstrates how he uses Cascadeur to create the character animations for his 3D pixel art game.
The video has quickly gone viral among animators and game developers.
We believe t3ssel8r's use case is the best example of how to incorporate Cascadeur into the workflow of an indie game development - in a less time-consuming and very effective way.

We'd like to share the video here as a source of inspiration.
We've also contacted t3ssel8r and asked him for an interview for our blog. Enjoy reading!

Cascadeur:  First of all, congratulations on your how-to video, which has already been viewed over 100,000 times and liked over 8,000 times. You refer to yourself as a "relative beginner" in your video commentary. Considering such an amazing animation as your 3D pixel art sword attack, that's hard to believe. And you also mention in your commentary that it took you a total of just 90 minutes to complete all steps to the finished animation.
How is that possible? Are you just a natural talent at character animation - or do you have years of experience in developing and animating games?

t3ssel8r: I appreciate the compliment, haha. What I didn't count in that 90 minute figure is the days of making failed attempts and seeking guidance and criticism from my teammate, who does have professional animation experience. It was 90 minutes in-app for the final attempt that I showed in the video. While I haven't made any serious attempts at animation before, it is something that does fascinate me, so I do know a fair amount of theoretical knowledge, despite not having much practical experience.

Cascadeur: The fascination with pixel-art games continues - even more than three decades after the 8- or 16-bit gaming era. Numerous new games are still being produced in this genre in 2021. What fascinates you personally most about this retro genre? And which other pixel art projects have inspired you so much that you are now developing one yourself?

t3ssel8r: I'm sure there's nothing I could say about this subject that hasn't been said more eloquently before. The modern evolution of the medium has already developed far beyond the original hardware limitations of the 16 bit era. So for me that artistic aspect is what fascinates me, rather than the pure retro appeal. I started off this project by studying contemporary pixel artists like Daniel Riise and Franciszek Jan Nowotniak (Franek), who have taken pixel art in a modern, almost impressionistic direction. Over time, I developed this style of my own, tailored to the strengths and limitations of my abilities as a programmer.

Cascadeur : What exactly is your role in the project? Will it be a 1-man solo development or do you still have colleagues to take care of areas like level design, sound, AI and so on?

t3ssel8r:   As I alluded to a bit earlier, since the start of the project, I've been working with a technical designer with professional experience in 3D modeling, animation, and game development. For the most part, I have been working on graphics, and they have been working on game logic, but we sometimes switch roles based on our interests. For example, I have a lot more shader language experience, so I've been writing most of the graphics pipeline, whereas he has much more modeling experience, so he modeled and rigged the character model shown in the video. We will probably take on other collaborators as the project grows, but there's still plenty of groundwork for us to cover first at this point.

Cascadeur:  Your game doesn't seem to have a name yet, as you're just calling it "3D Pixel Art Game". Do you want to tell our readers more details about it? For example about gameplay, story or other aspects of the game?

t3ssel8r : The game we're working on started out as a way to fill up the weekends at the start of the pandemic when governments were locking down. The audience has grown a lot since then, but I think we will continue to work at our own pace for now. The only thing that's set in stone right now is that we want to create an action RPG with a strong emotional grounding.

Cascadeur: Let's talk about the topic of character animation with Cascadeur. In your video you only show a single sword attack as an example. How many animation sequences of this kind do you plan to create for your game in total?

Cascadeur: You already mention it in your video, but maybe you can summarize it again for our readers: What are the specifics or particular challenges of creating character animations for a pixel art game?

t3ssel8r: Pixel art action games tend to have a particular feel to them that I attribute to the way motions are represented. Large actions tend to be conveyed through smears rather than interpolation, and small actions tend to rely a lot on limited animation and duplicate frames. When trying to evoke that feeling, the animation process becomes one where you have to strategically pick which frames to keep and which to discard in order to clearly represent the motion to the player while maintaining the appearance of a low framerate. We're still in the process of discovering what the best practices are, but the initial results that we show in the video are pretty encouraging.

Cascadeur:  Also noteworthy is the fact that you are using the free version Cascadeur Basic  for your project. How did you cope with the slight limitations of the free version? I mean, for example the frame count limit.

t3ssel8r:  For our purposes, I believe the frame and joint limitations are entirely comfortable to work within. Because we are targeting a pixel art look, our models are quite simple and low in fidelity, and our animations are simple and short.

Cascadeur:  Based on your specific use case, what do you like best about Cascadeur?

t3ssel8r: I really like the auto-posing workflow that enables blocking out an animation very quickly by animating only the relevant parts of the body. I think one of the main differences in productivity between a professional and amateur is the speed at which a professional is able to try out different ideas to zero in on what works and what doesn't. For me, that iterative process is one of the most interesting parts of any project, and Cascadeur's auto-posing helps bridge the gap for me, when it comes to character animation.

Cascadeur:  And what improvements to Cascadeur, or additional features, would you most like to see?

t3ssel8r: I think incorporating some sort of loss function or constraint based on the limits of human biomechanics would be a logical step up from the current auto-posing and auto-physics tooling, similar to the existing restrictions on strain between joins. It could also be cool to someday see physics-based interpolation as an alternative to FK and IK, that solves for the motion path which minimizes change in total mechanical energy.

Cascadeur:  There are many young people who share the same dream as you, to create their own game. What valuable advice can you give to these beginners?

t3ssel8r:  In my opinion, gaining experience is the most valuable thing you could do with your time as a beginner. That means just getting started and creating, learning the tools when you need to, running into and solving problems that you come across, and seeking feedback on your work every step of the way from your peers. You probably won't make your “dream game” the first time that you try, but you'll have learned, improved, added something to your portfolio, and that's worth something.

Cascadeur:  Thank you for this interview! We wish you continued success with your game project and your YouTube channel! 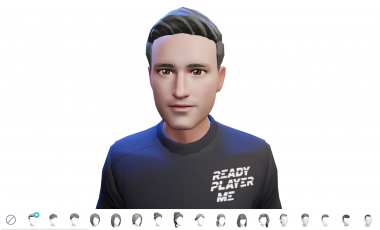 How to Create Avatars for Cascadeur Online (Fast)
Probably one of the easiest and fastest ways to create a 3D avatar for a wide variety of purposes is “Ready Player Me”. Wolf3D's amazing character creation technology is able to generate stylish 3D avatars using just a single 2D photo. You can export these avatars to social apps, chat apps, for game development in Unity3D and UE - and also for animation in Cascadeur. 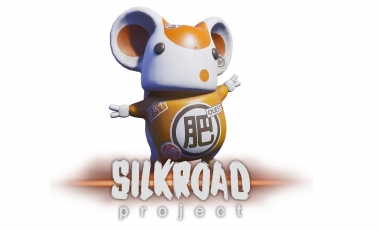 Indie Project Spotlight: Silkroad
Recently, the indie game Silkroad caught our eye, which our Discord community member Guedin is currently developing. Although Silkroad is a one-man private project, its YouTube channel already has almost 30,000 subscribers. The animation results that Guedin has shared in our Discord community over the last few weeks are absolutely worth watching, and therefore we asked the young developer to present his game for our blog. 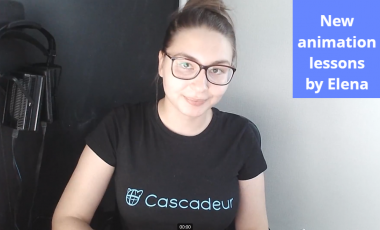 New learning materials, tutorials and streams
We have added another chapter to the interactive tutorials on our website: Physics! In 7 interactive lessons you will learn everything you need to know about how to use Cascadeur's various physics tools, and how to make the most of them. In the approx. 2-hour course, our animator Elena will guide you from the simplest basics of physics-based animation to complex topics like motion compensation and secondary animation.
Load more
We use the data collected by the cookies to offer users the best possible experience